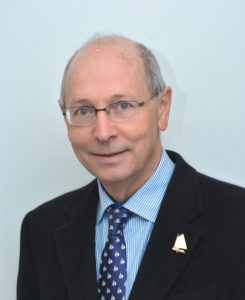 Professor Roger Kennedy Allen is a Consultant Thoracic and Sleep Physician whose area of expertise encompasses a range of conditions including asthma, emphysema, asbestosis, mesothelioma, silicosis, sarcoidosis and bronchitis.

He also sees a wide-range of patients with sleep disorders including sleep apnoea, periodic leg movement disorder, insomnia, narcolepsy, idiopathic CNS hypersomnia and has done medico-legal reports on patients with a range of these disorders.

He graduated from the University of Queensland in 1975 with 1st Class Honours (with University Medal) and did his internship year at the Royal Brisbane Hospital.

Following graduation he completed specialty training at the Austin and Repatriation General Hospitals, Melbourne where he gained a FRACP in 1982, and a Ph.D. at the University of Melbourne for his thesis on Sarcoidosis.

He has particular interest in this condition and has published numerous papers on this. Professor Allen did his PhD at the University of Melbourne on sarcoidosis and has been an active member of WASOG (World Association of Sarcoidosis and other Granulomatous Diseases).

In 1985 he was appointed as Thoracic Physician at The Prince Charles Hospital, Chermside, Brisbane.Professor Allen is a member of the Thoracic Society of Australia and New Zealand (TSANZ) and has been credentialed by the Health Insurance Commission to receive Medicare reimbursement for sleep studies for which he writes reports. He is also a member of the Australian Sleep Association and attends regular conferences by this association and associated bodies.

Professor Allen has been in full-time private practice since 1995.

In April 2009 he was appointed Professor, Faculty of Health Sciences and Medicine, Bond University.

His special interests are his family, military history and poetry. He is fluent in French and studies Greek, Italian, Norwegian & Latin.