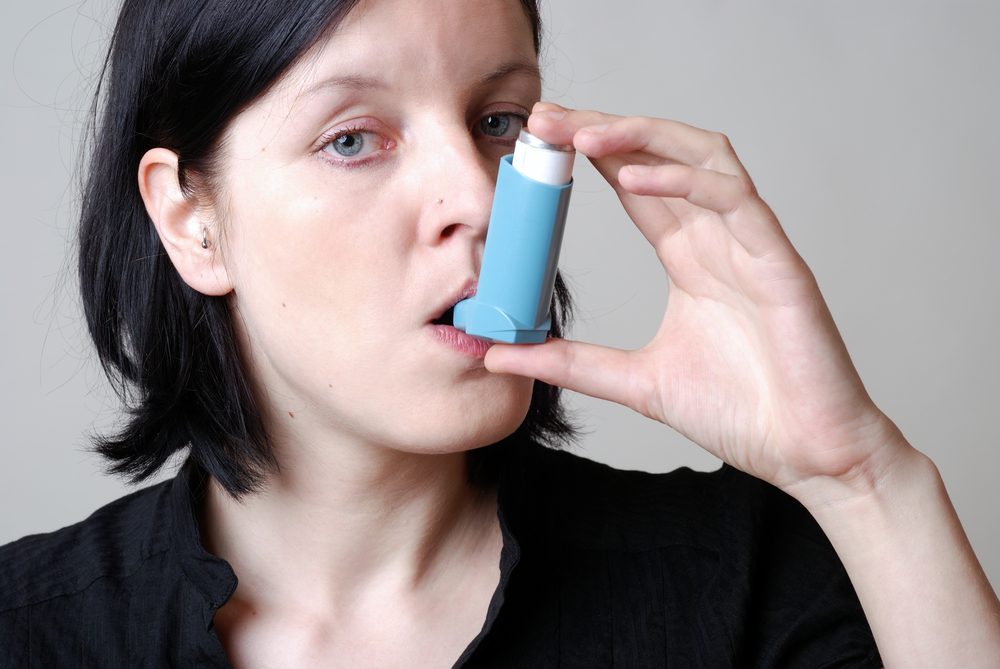 Asthma is a respiratory condition caused by hypersensitivity and inflammation of the airways. Symptoms include a cough, wheezing, chest tightness and breathlessness, and can vary in severity from person to person.

A trigger is anything that irritates the airways and brings on the symptoms of asthma. These differ from person to person, and people with asthma may have several triggers. Common triggers include house dust mites, animal fur, pollen, tobacco smoke, exercise, cold air and chest infections.

While there is no cure for asthma, there are a number of treatments that can help effectively control this condition. Treatment is based on two important goals: relieving symptoms and preventing future symptoms and attacks from developing.

Asthma can also develop at any age. If you are diagnosed with asthma as a child, the symptoms may disappear during your teenage years. However, asthma can return in adulthood. If childhood symptoms of asthma are moderate to severe, it is more likely that the condition will persist or return later in life. Successful prevention of ‘attacks’ can be achieved through a combination of medicines, lifestyle advice and identifying and then avoiding potential asthma triggers.With the right treatment and management, asthma shouldn’t restrict your daily life.

Asthma symptoms are often worse at night. This means you might wake up some nights coughing or with a tight chest. Effectively controlling your asthma will reduce your symptoms, so you should sleep better.

Most people with asthma can eat a normal, healthy diet. Occasionally, people with asthma may have food-based allergic triggers and will need to avoid foods such as cow’s milk, eggs, fish, shellfish, yeast products, nuts and some food colourings and preservatives.

Some asthmatics are sensitive to foods containing certain additives. Ingestion of such food may result in asthmatic symptoms. The major asthma provoking agents include:

Most processed foods contain one or more of these additives. Hence, it is difficult to determine the exact additive which may be provoking symptoms just by associating the intake of a certain food with asthmatic symptoms.

When food sensitivity is suspected, the best approach is to follow a diet which is free from all the additives. This is the basis of the Low Additive Diet. It is a well-balanced healthy eating plan which excludes all processed foods containing preservatives, artificial colours and flavourings.

It is always important to check the label of a product for added preservative and as a general rule – AVOID the product.

Sulphur Dioxide and Sodium Metabisulphite are preservatives used to reduce spoilage and discolouration of food. They are also utilised as sanitising agents for food equipment. The major food sources include:

Onset of symptoms is usually immediate (within 1 to 2 minutes).

Tartrazine is an azo dye used as a food colour or colour enhancer in many commercial products. It is also widely employed in the pharmaceutical industry in the preparation of capsules, tablets and medications. Common food sources include:

Ingestion of such foods would usually evoke a response between 30 min to 1-2 hours.

Monosodium Glutamate (MSG) is a flavour enhancer used in a wide variety of savoury food. In addition, it also occurs naturally as free glutamate and can be found in foods such as:

MSG is almost always present in Asian and Chinese food either directly added or via the soy sauce content. Restaurant and takeaway foods will also often contain added MSG. Other potential sources of MSG occur in commercial foods such as:

The onset of symptoms is usually delayed up to 12 hours after ingestion of the food containing MSG.

Follow the Low Additive Diet strictly for a few weeks. During the initial strict period of the diet, record in detail any asthma symptoms which occur, their time of onset and duration.

Be sure to check the labels of all products, for the presence of those indicated additives. When in doubt, DO NOT experiment, leave that food item out of your diet.

After the initial strict period on the diet, revisit your Dietician and/or Doctor. Your food diary and symptoms will be assessed. At this stage it may be possible to ease up the diet by adding a few foods cautiously, one at a time, and checking for symptoms. Eventually your Doctor/Dietician should establish the most suitable Low Additive Diet Plan for you.