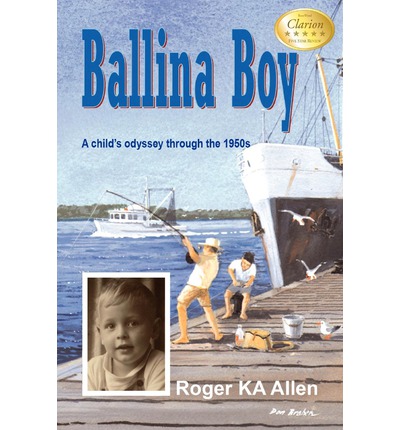 Wrapped with humour and nostalgia, Ballina Boy: A child’s odyssey through the 1950s, endearingly reminds people of what childhood was like half a century ago. It provides insights into the current society using the yardstick of the more rigid social structure of the fifties and shows how medicine was practised and how both medicine and nursing have changed – not always for the better.

Join Roger Allen as he divulges relevant moments of his childhood spent in his hometown while savouring the rewards of being his father’s son. Ballina Boy: A child’s odyssey through the 1950s captures the author’s childhood in Ballina in the 1950s. Through vivid narration, Allen reminisces on his adventure on the bustling Richmond River, his fascination for his father’s medical practice, and the years that offered a way of life that he loved, which exists no longer. This colourful memoir gives a glimpse of the demanding life of a country doctor, who in this case was extraordinary because of his classical background. Like his father, the author became a doctor and thus, he provides in this journal some medical insights as the story unfolds. Along the way, you will see why one man believes that Ballina, in the fifties, was the perfect setting for an idyllic childhood, though overall they were tough times and not necessarily better than now; just different.

“I wrote this story for many reasons: as a historical record; to preserve my family history; but most of all to share with others today what childhood was like in Australia in the fifties.”

Copies of Ballina Boy – A child’s odyssey through the 1950’s, are available to purchase from our office. We also do mail orders.